In October 2016 the Board commissioned a Strategic Review of the current state and future direction of the Club from a Review team consisting of the Community Director, Pete Foster, and an independent consultant, Nicky Watmore. An extensive consultation and research exercise was held between November 2016 and January 2017, with many Club documents investigated by the team and around 100 interviews and/or questionnaires completed by a cross-section of the Club’s stakeholders, including supporters. This paper represents the summary conclusions drawn by the Review team from that feedback.

a. Financially the football club is very well run - no debt, revenues up 50% over 5 years (see Graph 1 below), non-playing costs well controlled (see Graph 2 below), allowing playing budget to double over five years (see Graph 3 below) whilst remaining steady at just under 60% of turnover/expenditure (see Graph 4 below). Most people don’t see the Club’s finances, but value the stable way in which the finances are run.

b. The Community Sports Hall and Stadium Improvements have been financed (£750K) without recourse to Club funds, are widely seen as a big success, are adding to the long term fanbase, and are contributing circa £60K per annum directly to Club funds through increased bar and event takings.

c. The ethos of the Club - volunteer led, friendly feel, loyal fanbase, community oriented, proud history etc - is what the vast majority of stakeholders like about the Club and wish to maintain.

d. While some would like to aim for League 2, most believe it is a stretched, but realistic, ambition to be at least a National League club within the next five years.

e. AltyTV, Radio Robins and social media presence are as good, if not better, than many league clubs’ equivalent and enable fans everywhere to retain affiliation to the Club.

f. The Club’s ladies and junior set-up is strong with over fifty teams playing in Alty kits every weekend, although the potential to exploit these links remains largely untapped.

g. With no debt and an eighty-year lease on a ground in an affluent area, the Club has every opportunity to turn around its current playing fortunes and to go from strength to strength over the longer term.

a. Performance on the pitch over recent seasons has not matched financial expenditure on the team. Even before this year’s debacle, the Club ended the five years in the same place as it started - newly relegated from the National League - despite a doubling of wages in those five years.

b. Performance on the pitch this year has plumbed new depths - with a fifth new manager in less than twelve months - and carnage inflicted on the squad along the way. Consequently there has been a loss of player connection with, and passion for, the Club. With recent appointments and re-recruitments this has still not been reversed, and relegation could increase this downward spiral. This is particularly worrying given the new competition in the Greater Manchester area from other non-league clubs such as Salford City FC and FC United of Manchester.

c. The Board lacks structure, perceives itself to be weak and divided, and most others have lost confidence in the Board as a collective, whilst recognising the prodigious efforts that individual Board members expend on the Club’s behalf.

d. Many stakeholders feel the quality, not the amount, of communications and PR between them and the Club is failing. This exacerbates the negativity felt by on field performance and a growing sense of “us and them” on both sides. It is important to remember that the stakeholders are the soul and essence of the Club.

e. There is a strong sense from some quarters that the Club lacks diversity in many of its ways of operating and its “look and feel”, and comes across as a Club for white males of a certain age and thus excludes a broader range of people from the locality.

f. Throughout the entire club there can be seen to be a reluctance to accept new ideas and a lack of ambition. Comparing the Community Company’s professionalism and drive (albeit with full time paid employees) with the clubs old fashioned and apparently lackadaisical approach emphasises this.

g. There is a general lack of forward planning (beyond the one year horizon) evident throughout the entire club. As a consequence:

In general, the Team was pleasantly surprised by the resonance of the above findings with a large majority of respondents from across all areas echoing the same points. Inevitably there were some areas where there was a marked difference of view between substantial numbers of respondents. These were the main areas of differing view:

a. ‘Diffuse ownership, self reliance’ vs ‘sell to an investor’. To some the fact that ownership is spread across a wide number of shareholders is a good model for a sustained future, which avoids the “boom and bust” risk of other models. To others, this diffuse ownership is at the heart of the problem and they would seek concentrated ownership, perhaps in the hands of a single investor, who would bankroll the Club to future success.

b. ‘Embed the club in the heart of the community for the good of the football’ vs ‘ focus on the community has meant football affairs have suffered with catastrophic results’. To some the essence of Altrincham is as a community Club, with strong community links strengthening the Club’s fanbase and wider perception. To others, the focus on ‘community’, which has been emphasised in recent years, has led to a lack of focus on the footballing side, and a consequent downturn in form and managerial/squad chaos.

c. ‘This survey has been a welcome opportunity to air my views’ vs ‘this survey has been boycotted by the (angry) majority of fans’. Many people have expressed the view that they are pleased by this Review and at having the opportunity to put across their views. A smaller number of (quite angry) others who did contribute said that many they spoke to were boycotting the Review because it was a self-serving exercise by those who run the Club.

d. ‘Family-friendly feel of the Club is what attracts me’ vs ‘the Club is very cliquey and I feel excluded’. Most respondents commented that the accessibility of the Club (say compared to the PL Clubs in the area) was precisely what they liked. A significant minority said that they while they agreed with the ethos, they felt the Club was now run by cliques and they felt excluded as a result. Also because of the extensive involvement of the Rowleys (which is overwhelmingly valued on a day to day basis), the word “family” has become loaded, and opponents target this aspect of the Club culture.

In reconciling these opposing views, the Review Team feels that a bridge between the two can be built in each case as follows:

5. And so... (based on the information provided)

In conclusion, the Review team thinks that there is real evidence from the stakeholder feedback for the following major conclusions:

a. Don’t throw the baby out with the bathwater. Restate the essence of the Club according to these key principles:

b. Restore the on-field success of the men’s 1st team through reverting to what has worked well in the past - namely managerial and player continuity, drawing on youth teams. Set 5 year playing ambition based on returning to what most fans see as a realistic aim of returning to the National League, based on part-time playing model. Longer term, consider League 2 promotion and, if sustainable, a full time playing model can be achieved.

c. Refresh the Board - decide a “zero-based” structure of the Board before considering personalities. Recruit/appoint Board members to the identified structure through an open, transparent and meritocratic process. Seek fresh faces/diverse candidates/stakeholder nominations. Set staggered term limits so Board remains fresh. Conduct Board team-building exercises and evaluate as a group and individually.

d. Re-establish stakeholder relations - stand-up for what is good, but “mea culpa” when it has not gone well. This is a good opportunity to start again and to re-establish trust. Commit to the actions that are concluded - starting with the Board refresh and, below Board level, a management restructure and volunteer drive

e. Establish a management structure for the volunteers. Conduct sustained volunteer recruitment drive now to fit that structure and so that recruits can learn from and ultimately succeed current volunteer leaders. Consider new ways of rewarding volunteers and making them feel valued. Also consider supplementing the volunteer model selectively with paid employees (as per CSH model).

g. Put in place a programme of diversity and inclusion to change the substance and the perception of the Club as a narrowly focused Club built around cliques.

It is really for the Board to decide how it takes these findings forward from here. Whilst the Board considers its next steps, the team will continue to provide ideas on Board and management structure and the shape of a five-year plan. It is proposed to conclude this review in February. 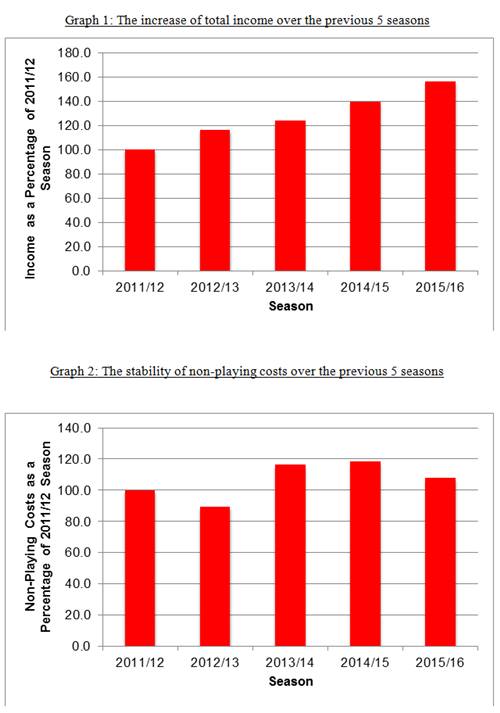 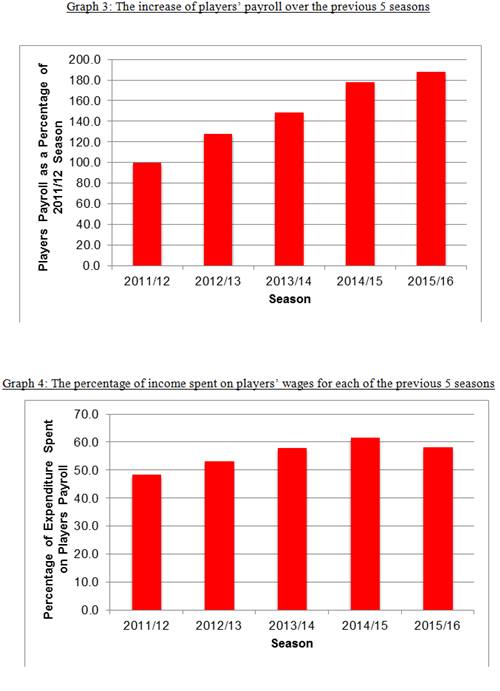