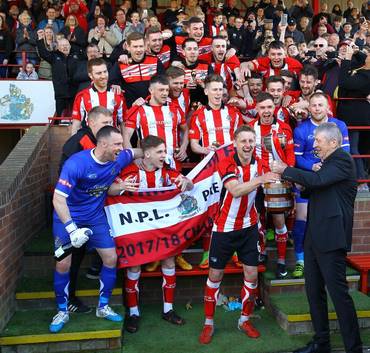 Altrincham were stronger at home in the first half of this season but better away from home in the second half. Overall they lost fewer away games (3) than at home (4).

Altrincham accrued 95 points this season which is the highest total they have ever recorded (in the three-points for a win system) and immediately follows the 2016/17 season when the club accrued its lowest ever points total (21 pts). In the years when wins only accrued two points, Alty would have beaten this season's total with 106 points in 1965/66 and 99 points in 1966/67, had the three points for a win system been in place in those seasons.

This season's total of points in 46 matches exceeds by 30 that gained over the last two seasons combined (65 points over two seasons in 88 games).

With just seven defeats this season, Alty have recorded the lowest number of losses in a league season since 1984/85 when six matches were lost in a season of only 42 games. In 1965/66 Alty lost just twice in 42 league matches. 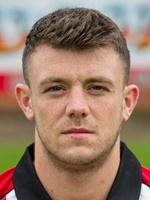 Apart from those players who were named in squads but did not get on the pitch at all, the least appearances of the season (0+1) were recorded by Chris Lynch, Tolani Omotola and Scott Smith.

Altrincham kept 20 clean sheets in the league and a further five in cup competitions.

At the other end, they failed to score in six league games and two cup ties.

ALTY PLAYER OF THE SEASON AWARDS

On Saturday night the following awards were made in the Community Sports Hall...