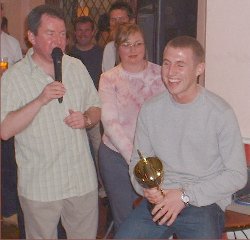 A highly successful STAR Presentation evening and Race Night was held on Saturday. It was attended by virtually all of the Alty first-team squad as well as many supporters- including some from Runcorn. The awards were: