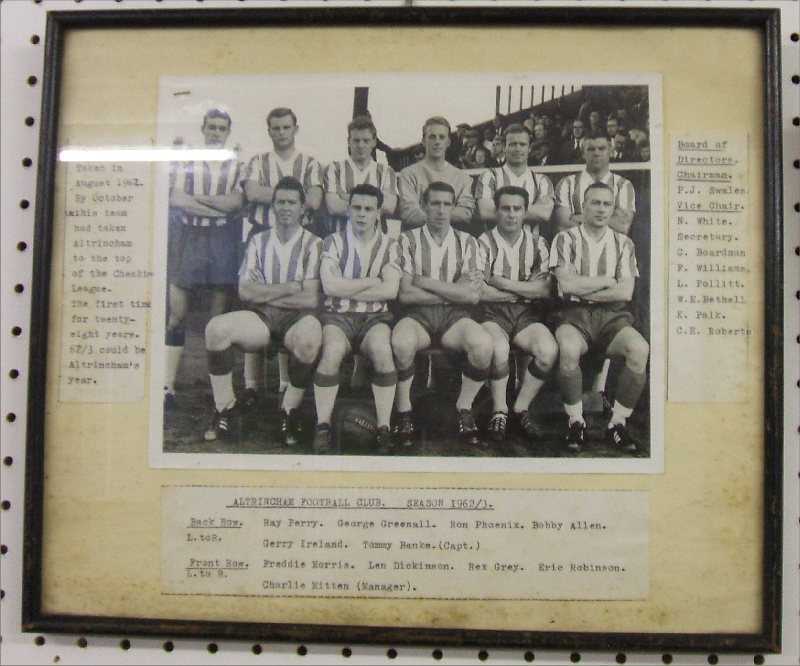 The playing squad of 1962-63 was changed from that of the prceding season, as only 13 payers were retained in the close season. The manager was Charlie Mitten, the former Manchester United star, who replaced Paddy Fagan who had resigned in April 1962 due to business commitments. Amongst those who played in 1962-63 were: