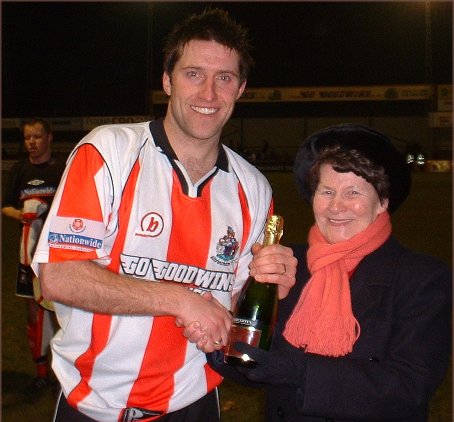 Alty completed their first double of the season with this 1-0 win over an impressive Stafford side whose main weakness was an inability to hit the the target. The winning goal was a well constructed move from defence which saw the ball come from Aspinall, through Hussin, to Thornley on halfway. He found Potts on the right, ahead of him, and the winger's low, drilled cross was met by a finely timed run from Marcus Hallows who swept the ball into the net (29 mins). In a very entertaining game, Alty put aside the absence of suspended top-scorer Colin Little and stalwart centre-back Gary Talbot (away in Germany, working), to give another impressive display and extended their unbeaten league run to 12 games. Rangers' Wilding saw a header come back off the underside of the bar in the second half but otherwise Coburn was relatively unoccupied. Marcus Hallows was named Man of the Match but young centre-back George Melling had another fine game alongside a limping but determined Mark Maddox, whilst Kirk Hilton again showed his class in a brief sub's appearance. Report to follow.