Alty Youth moved to second in the table as they won their sixth game in succession today beating Kingsley United 2-1 in a wind and sleet affected match on Merseyside. The scorers were Hendley (his 21st of the season) and Monaghan. Report to follow. 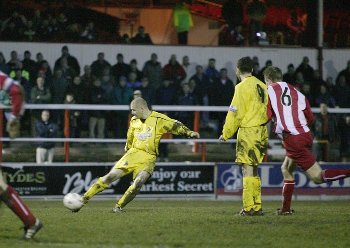